What are hosts and services?¶

In openITCOCKPIT everything revolves around hosts and services. Hosts are usually physical devices such as servers, switches, printers, workstations, etc. containing a network interface or virtual machines.

A service, on the other hand, is a process that runs on a host (e.g. Apache web server, MySQL, Postfix, etc.) or some type of metric connected to the host (such as the number of users logged in, free disk space, CPU utilisation, etc.).

Hosts and services can assume different statuses. Which status is reached and when is decided by the checking plugin or by threshold values that are passed to the plugin via the corresponding command.

Hosts can assume the following statuses:

Services can assume the following statuses:

In addition to the statuses for hosts and services, there is also the blue status. The blue status applies to both a host and a service and signals that the object was created in openITCOCKPIT, but is not yet monitored by the monitoring engine. To update this, an export must be performed.

For example, if you have created a new host or service in openITCOCKPIT, it will not be included in the list of monitored objects and will have the blue status Not in monitoring.

In order for the objects in openITCOCKPIT to be synchronised with the monitoring engine, all relevant data from the openITCOCKPIT database must be written into the .cfg files for Naemon.

Performing an export will take care of this for us. This, however, isn't the only thing an export does. It also processes a few other tasks:

How do I carry out an export?¶

Performing an export in openITCOCKPIT is very easy. To do this, click on the button in the header area of openITCOCKPIT.

In the page that opens, click on Start update.

If the export is successful, you will see the following output: 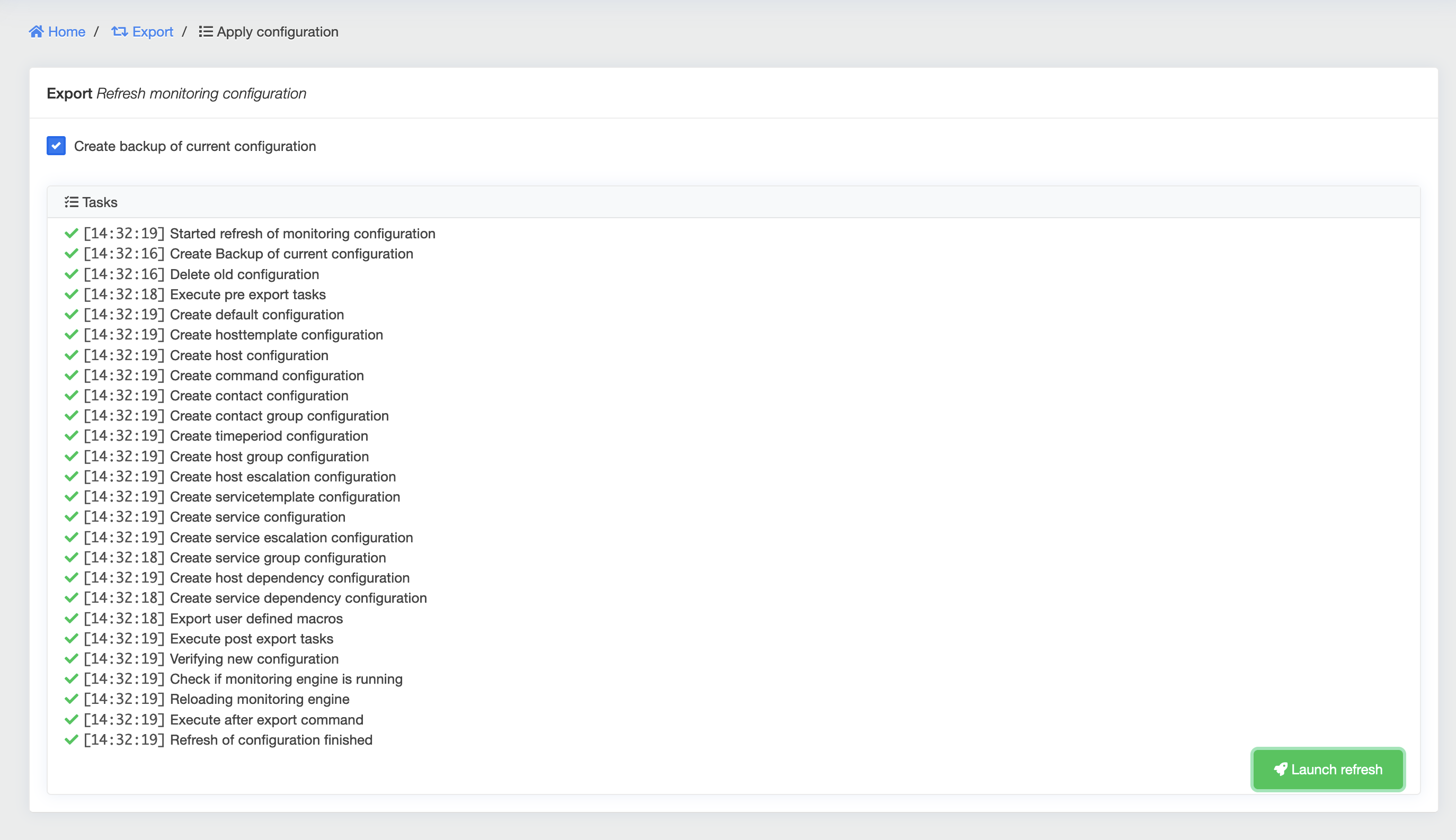